The deadline for entering the Prole Pamphlet Competition has now passed and we are no longer accepting entries. Many thanks to everyone who entered. The winners will be announced in December with the launch of Issue 33 of Prole, Poetry and Prose. Please keep an eye on Face Book and Twitter for further news.

As ever, we are looking for writing that exemplifies the values of Prole: writing that engages, entertains and challenges the reader. We are completely open in terms of style and subject matter, it’s quality that counts.

Open for submissions from 1st August until 17th October, 2021.

The winner will be announced in December and published in early 2022.

We’re looking for between twenty and forty pages (A5) of poetry.

The winner receives £200 and 25 copies. (Further copies can be supplied at a discount.)

Send your entry as an attachment with nothing on the attachment to identify you. Fees can be paid using the PayPal button, below.

My post: Send your entry with a cover letter with nothing on the manuscript to identify you. Cheques payable to P Robertson. GBP only. 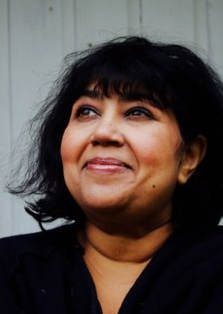 Jessica Mookherjee is of Bengali origin, grew up in Wales and London  and now lives in Kent. Her work appears in many journals including Agenda, Magma, Poetry Wales, The North, Rialto, Under the Radar, Birmingham Literary Review and in various anthologies including the  Bloodaxe’s Staying Human. Her pamphlets are The Swell (TellTale Press 2016) and Joyride (BLER Press 2017).  She was highly commended in the 2017 Forward Prize. Her first collection, Flood, was published by Cultured Llama in 2018 and her second, Tigress, by Nine Arches Press in 2019. She is a joined editor of Against the Grain Poetry Press. Her new pamphlet Play Lists is published by Broken Sleep Books in June 2021 and she is working on her third full collection.

Many thanks to everyone who entered and also thanks to our judge, Carrie Etter. The winning poems can be read below.

Reunion after a Long Pandemic by Caroline Gilfillan

Weathers in the City by Kathy Pilmott

Night Out by Val Ormond

Under the Equalising Night Rowland Bagnall

Making a Scone by Oli Isaac

A gigantic kiss rowed toward him by Ruth Beddow

2 x runners up receive £75 each and publication in Prole 32.

American expat Carrie Etter has published four collections of poetry, most recently The Weather in Normal (UK: Seren; US: Station Hill, 2018), a Poetry Book Society Recommendation. Her poems have appeared in Boston Review, The New Republic, The New Statesman, The Penguin Book of the Prose Poem, Poetry Review, and The Times Literary Supplement; she also publishes short fiction, essays, and reviews. 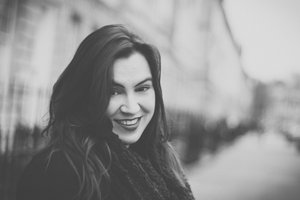 The boys are practising war.

In the yard at the edge of the road, the sparrows

rejoice at bathing in the dust.

Believe God watches all of this:

their jocund rollicking in the wheel-ruts, feathered pulses

throwing dirt towards the sky in prayer. Believe

God watches all of this and cares.

In the yard, your young son’s arm

is a repeating rifle, his mouth

only to give him the joy

of falling again. You are out on the edge, on your own

contested land, on the shores of the fighting

war is just another story from the east,

so why shouldn’t he shoot

unchecked barrel of his fingers? Why not

be jubilant at his father’s cruciform drop,

his overblown cry and too-late

clutching of his chest?

And if he makes believe

to turn his aim against the sparrows, then

so what? He can get them all
and not have to stop, to reload.

your girls are learning their letters,

scratching erratic beauty on the slate.

There’s something of guesswork

in their fingers. Even at this age, they understand

can twitch his fingers over here,

collapse in the dirt over there.

So you’ve told them what you know

about photographs, the distance

caught. And though you have not seen the pictures

of the war-beaten city where your family was born –

the rubble, the recorded aftermath – you have heard

how they call it

through the correct aperture, light

with the glass-eyed gaze of the fallen –

how a camera can capture a moment like a torn flag,

and somewhere beyond the lens, a mother

is caught in her grief.

Tonight, you will check

all your children’s soft bodies

You will thumb the crooked places,

the insides of elbows, those sacred hollows

at the backs of knees

that still smell, even now, of your milk.

In the burrow of your son’s armpit,

you will find one, a fattening

just at the point a man

its feeding on your firstborn, its giving back

of its own diseases. And you will pinch it

from his flesh: body, pinned mouth, the skin of your son

it fixed to – will drop it

on the embers in the grate, listen hard

for the air escaping, a squeal like a ghost

fleeing its strict cage of bone.

You have been sewing shirts for soldiers,

dressing them the way their own mothers

must have tucked them in at night, the way a nurse

How many of your cotton cares

will be buried with their men inside?

How many will burst

Except you know enough

of blood’s exit from the body

to know it is never sweet

You, who have birthed three children,

understand the mess made by bodies

coming into and leaving the world,

the wet brown scud of a soul forcing through.

In the yard, your son is begging to be shot,

to try his own hand at falling, to test

his narrow weight against the air.

He is too far away. Your arms

are too far away. Your husband looks

straight down the barrel of his hand,

your son is all light, his face

a gleeful aperture – your husband

winks, squeezes the slick trigger of the air –

and you are running

from across the yard, and God

give speed to your legs,

you are running as he falls –

and you are always

Open the door a crack

The air inside the room is metallic, charged

but familiar as blood

to search your face

you want nothing more

than to wash her hair

Her eyes are unstrung

through which she watches family

out the room and into

a photograph in an attic but

to the kitchen table

& before you’re ushered out

you’ll sit with a bloom on the end

of her bed which is also the edge of the world

& stare at how the vivid pollen stained your fingers.

Reunion after a Long Pandemic

You know the flat on the Hills Estate

where we slept under a pink striped blanket?

Start there. The block will smell of lime tree blossom

and there’ll be no drum and bass rolling like thunder

round the blocks. You'll find the Escorts and Beamers

have disappeared: all that’s left are metal skeletons

hunched over faint smears of oil

Keeping your hood over your hair, head for

the main road. Watch out for the ditch –

a girl could drown in its khaki sludge.

Pass the green-tin synagogue and the stables

from where the ponies used to trot out,

proud as paint, on a Saturday morning.

My street is next to the mini-mart that sold

I'll make a chalk mark faint as hope on the kerb

in front of my house. Go down the steps –

whistle the first line of Catch a Fire

and I'll be there, and the dog with the honking bark,

and the gas fire hissing its salmon-pink song.

You can kiss me, and I'll kiss you back.

Our teeth will be snow. Take off your threads

and hob-nailed boots. I can summon up enough water